At 25 Years, TCG Has Only Just Begun

The Impact of a Remote Environment on Job Structure and Design

Visit the TCG team at AAMGA!

TCG's MGA division headed to Orlando this week for the AAMGA conference. Visit Tony Frey (Chief Sales Officer) and Steve Bond (Search Consultant) at booth #26 to learn more about what partnering with The Carlisle Group can do for you. Couldn't make to to the show? Learn more about our insurance group here. 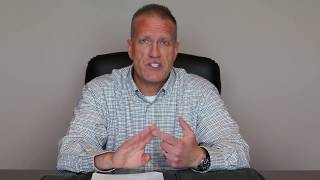 CSO, Tony Frey Wants to Know if You Have What it Takes

Because TCG is always looking for the best of the best, Tony Frey, Chief Sales Officer, wanted to share some of the reasons why you might be interested in joining the team. Contact Adam Dillon, Talent Acquisition Manager at 717-220-0964 or acd@tcgrecruit.com to learn more!

Featured in "Best's Review" Article: A Needle in the Haystack

Marc Gyimesi, one of TCG’s Senior Search Consultants who specializes in P&C Insurance recruitment, was recently featured in an article in AM Best’s magazine, “Best’s Review” for May, 2017. The article focuses on the search for chief digital officers to lead insurers' digital transformation strategies and asks, "Is demand for that talent outstripping supply?" Here is an excerpt of what Marc contributed. The Talent Search In addition to the salary, compensation may include othe

Europe, Middle East and Africa Employment and economic figures show promising growth in Europe, while the United Arab Emirates recently held a U.N. forum on one of its most important industries. Economic recovery in the Euro-area reached its fastest rate in six years, according to Bloomberg, with particular strength in Germany and France. The Purchasing Managers' Index for the Euro region as a whole increased in April, which signaled that job creation is on pace to reach a ne

The U.S. job market bounced back in April, adding 211,000 nonfarm payroll jobs during the month, according to data released today by the U.S. Bureau of Labor Statistics. The gains exceeded Bloomberg economists' prediction of 190,000 jobs added, and followed a weaker-than-expected March that saw 79,000 jobs added, revised down from the previously reported 98,000 jobs. The unemployment rate fell from 4.5 percent in March to 4.4 percent in April, which is the lowest rate since M

In today's highly competitive job market, businesses can't afford to take a lackluster approach to recruitment and hiring. Not only can a bad hire lead to costly turnover, but it can also negatively impact the organizational performance of a business and, therefore, its bottom line. According to the Society for Human Resources Management, the cost of replacing an employee could end up amounting to anywhere between 50 percent and a few hundred percent of the individual’s yearl

Thanks to everyone who came out bright & early this morning to mix and mingle with the Carlisle Chamber and TCG crews! It was a morning filled with great company, conversation, connections, and (last but not least) food. Congrats to the winners of our two door prizes: Janet Bartelme of LegalShield who won the free rental of our conference room, and Tiffany Mahan who won the SPAtacular gift card. We look forward to seeing you both again very soon. And of course, thank you to t 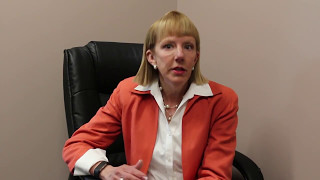 There are so many pieces that go into making an interview successful. Tune in for our first installment of "Interview Tips from TCG" with Senior Search Consultant, Maury Hennessy. She'll share what she's seen time and time again and how simple it is to avoid being caught off guard. Contact Maury at mph@tcgrecruit.com or 515-528-2614.