At 25 Years, TCG Has Only Just Begun

The Impact of a Remote Environment on Job Structure and Design

As a Project Manager and recruiter for The Carlisle Group (TCG), qualifying candidates for opportunities on a daily basis, I’m often questioned on what makes a prospective candidate attractive. Is it location? Is it skill set? Is it experience? Quantifying items such as technical abilities, title, or years of experience isn’t enough to determine if a candidate is appealing to prospective clients. It goes deeper than merely what is on a resume. It certainly goes deeper than wh

Europe, Middle East and Africa The eurozone has continued to show signs of strong growth in the last several months, with recently released figures from Eurostat showing wage increases. In the last quarter of 2016, wages increased 1.6 per cent, compared to 1.5 per cent during the same time period in 2015, MarketWatch reported. Analysts believe overall employment is improving, with the number of people working in the eurozone in the last three months of the year up 0.3 per cen

Figures released today by the Bureau of Labor Statistics showed that the U.S. added 98,000 nonfarm payroll positions in March. Economists had forecast that 180,000 jobs would be added during the month, according to The New York Times. The BLS also revised the total number of jobs added in February from 235,000 to 219,000. The unemployment rate inched down 0.2 percentage point from February to settle at 4.5 percent in March. The total number of unemployed persons in the countr

Late 2015 was the most difficult hiring period in four years, according to the Society for Human Resource Management (SHRM), and things have only become harder for businesses both large and small, especially in the realm of professional and managerial positions. With the BLS reporting an unemployment rate down to 2.1 percent for this segment of the workforce, competition for candidates is accelerating. In fact, a report issued by the National Federation of Independent Busines

Tony Frey, Chief Sales Officer and Adam Dillon, Talent Acquisition Manager at TCG offered years of expertise and insight at Shippensburg University's 2017 Pathways to Success Conference last week. With panel discussions like "Do you fit the requirements?" which Dillon spoke on, and "Seal the Deal," featuring Frey, the event focused on an array of aspects of professional and career development. 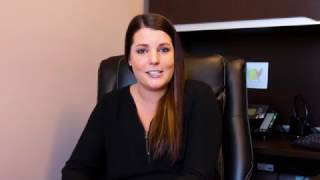 Want to be an intern at TCG?

At TCG, we are always on the lookout for new, amazing talent to join our team. Interested? Check out what intern turned Search Consultant extraordinaire, Kaitlyn Vinson has to say about her internship experience at TCG. Contact Adam Dillon, Talent Acquisition Manager at 717-220-0964 or acd@tcgrecruit.com to learn more!